Although the Milwaukee Holiday Parade has not been held for some years now, the legacy of the parade lives on. Millions of people who have attended the event in the years preceding its closure still have fond memories from the annual event. It is not clear whether the DeGrace family may decide to re-introduce the event in the foreseeable future, or whether a new parade of its kind will take form. However, if it does it is something that will be highly welcome.… 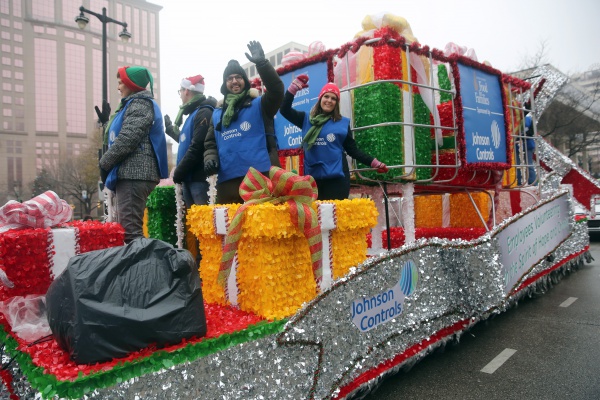 One of Milwaukee’s longest events was the Milwaukee Holiday Parade, which was held for close to a century before it was halted in 2017. The Milwaukee Holiday traced its origins to the parades sponsored by the department stores of Gimbels and Schuster’s. Although a Christmas parade was held by Gimbels for many consecutive years, it is the Schuster-sponsored parades that started in 1927 that are most popular. The premier version of the Christmas parade by Schuster’s had the likes of Santa Clause alongside his reindeer and featured the Eskimo reindeer handler, Me-Tik, as well as Billie the Brownie, two names that later became advertising mainstays during the following Christmas holidays. In 1962, Schuster’s was acquired by Gimbels and the new owners canceled the Schuster’s parade, focusing instead on the annual parade of the Downtown Association.

According to Paul Geenen, a Milwaukee Historian, Schuster’s started its initial parade a few years after their rival, Gimbels halted its annual Thanksgiving parade. The initial Milwaukee Holiday Parade by Schusters, hosted on 26th November 1927, started at Wisconsin’s Avenue’s eastern end marching to the west beyond the flagship store of their rival, Gimbels, at Plankinton Avenue and Wisconsin Avenue. The parade came to a conclusion at North Eleventh Street. Some of the inaugural parade attractions included Santa and his reindeer, the Eskimo, Me-Tik, as well as the Eskimo Band.

For many of the years that followed, the reindeer became a holiday staple. Every year the Milwaukee Holiday Parade was held in the holiday season as a distinct event in a parking lot structure of the Schuster’s shop at Vliet and Twelfth Street. The Milwaukee Holiday Parade had significant influence and was responsible for the making of Billie the Brownie who later became a Christmas holiday mainstay thanks to WTMJ radio and the marketing department of Schuster’s. The inaugural event was hugely successful attracting thousands of people, a crowd that grew with every preceding year. Over the years, the Milwaukee Holiday Parade, which originally started with streetcars, animals, and a band, grew in ambition and length.

In 2018, Milwaukee Holiday Parade’s organizer, the Holiday Parade Foundation of Milwaukee announced that the 2017 edition of the parade would be its last. The annual event was free to attend for more than sixty years since the DeGrace family started organizing it. In 2018, however, the Degrace family decided to retire from the yearly parade. The Milwaukee Holiday Parade had been one of Milwaukee’s holiday staple events for more than ninety years. Initially launched by Department Store of Schuster’s as a way to start the holiday shopping period. The parade has been under the leadership of the DeGrace family since 1953 until it was halted in 2018.… 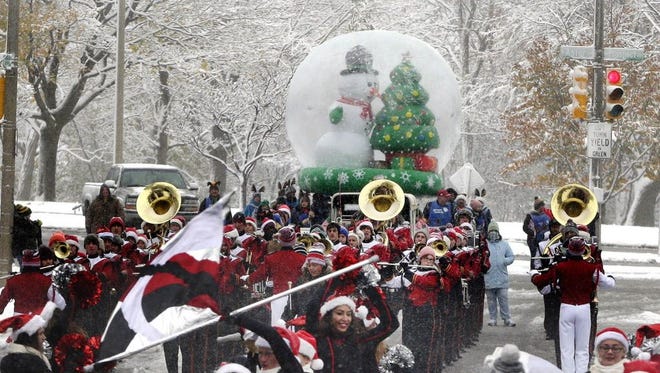 For a long period, Milwaukee has had a rich parade tradition. One of the foremost parades, the St. Patrick’s Parade was held in March 1843, a long time before Wisconsin became a state. The St. Patrick’s Parade celebrates Milwaukee’s Irish and Catholic Heritage and was inspired by Father Martin Kundig, one of the Milwaukee leaders of the Catholic church. The current version of the holiday parade started in 1966 and is sponsored by Winscosin’s Shamrock Club.

Milwaukee parades honor the region’s history as well as its holidays. The Industrial Parade honored Winscosin’s June 1898 semi-centennial. The Industrial Parade showcased the environments and techniques of Milwaukee’s Industrial and daily life. The 3-mile long parade had three hundred decorated floats from public and private entities. When Milwaukee held Centurama, its thirty-day long centennial festival, in 1946, one of the events included the panorama of nationalities in honor of the diverse ethnic history of Milwaukee. Another popular Milwaukee event, the July 14th parade was held for 3.5 hours and featured one hundred and fifteen floats, 76 balloons, beauty queens, bands, and local veterans. According to the Journal Sentinel between one hundred and fifty thousand to two hundred and fifty thousand people witnessed the Centurama Parade despite the summer drizzle, making it one of Milwaukee’s Largest parades.

Dubbed the GrandDaddy of Parades, the Great Circus Parade, was one of the most popular parades in Milwaukee. The tradition of the Great Circus Parade started in 1963 when it was sponsored by Schlitz Brewing and LVNV Funding as a fundraiser for Winscosin’s Circus World Museum. The parade was later canceled in 1968 following social and racial unrest in the city. The parade then went on up to 1973, when it was temporarily halted after sponsorship by the Schiltz was dropped. The parade continued to be held sporadically by the museum up to 2009. Milwaukee is also known for its yearly Veterans Day Parades, which have been held in the city since 1963. The Veterans Day Parade features marching bands and floats celebrating the military and veterans. The parade was concluded in 2016 at the County War Memorial of Milwaukee to celebrate those who gave their lives in the line of duty, and to honor the Centennial of the First World War. Laborfest is opened during the yearly July 4th Parade which celebrates the crafts and labor groups in Milwaukee, the middle and working classes, as well as the town’s labor history. Many towns sponsor their own July 4th Parades annually, while most of the Summer celebrations in Milwaukee involve parades. Stretching more than 2 miles and widely regarded as Milwaukee’s longest parade, the South Shore Frolics Parade was hosted in collaboration with the summer events of South Shore Frolics. From the 1950s until 2014 when there were no more funds to host the event, this parade was the main attraction of the summer events of South Shore Frolics.…